Shania Twain applauds J.Lo, Shakira Super Bowl performance:
'They're out there showing what a healthy, strong, confident woman looks like'

"They know what they're doing," Twain said on "The View."

Country music superstar Shania Twain spoke her mind about Jennifer Lopez and Shakira's Super Bowl halftime performance and defended the women after some viewers criticized the show for being too sexy.

Shakira and J. Lo's female-centric show was the first in history to feature two Latinas sharing the Superbowl halftime show stage, and it focused on messages of unity, diversity and love.

Twain, a 2003 halftime show alum, praised the duo's performance while disagreeing with the notion that the show was too sexy. She said that Shakira, 43, and Lopez, 50, wore their outfits well.

"They're out there showing what a healthy, strong, confident woman looks like," said Twain.

"These are professional dancers, movers, performers, entertainers," Twain continued. "They know what they're doing. They're not up there to let it all hang out in the sense that they're showing off. They're doing a performance."

Twain added that the women were "dressed, really, from head to toe if you look closely enough."

"Anyway, they were awesome, I thought. Stunning," she said

The 54-year-old Grammy winner, who's celebrating the 25th anniversary of her 1995 album, "The Woman in Me," announced Friday that she's extending her "Let's Go!" Las Vegas residency through the end of 2020.

“It’s [an] 'everyone let their hair down' kind of show. It’s a fun show. It’s high energy. It’s sexy," Twain said. "“It’s very informal and fun and just have a party!”

"At my concerts I have such a diverse audience," Twain said of her fanbase. "A big part of my audience are college age kids in their 20s who were 6 when I first came out, so now they’re grown up." 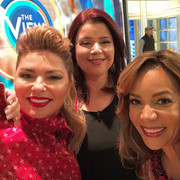 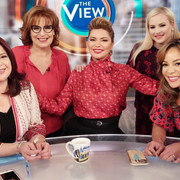 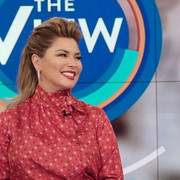 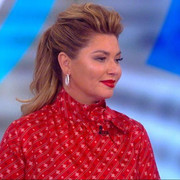 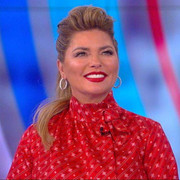 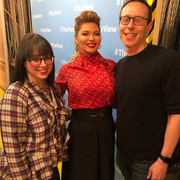