In an exclusive interview with MEAWW, Kylie Frey talks about her experience on 'Real Country' and how excited she is to perform at Stagecoach, California’s Country Music Festival 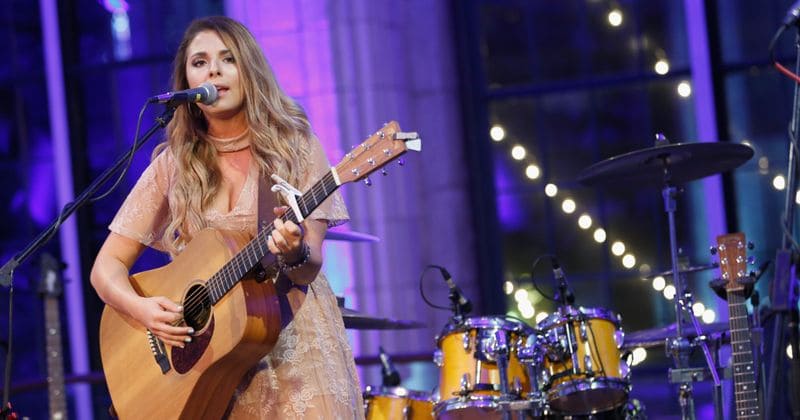 Former rodeo queen Kylie Frey was one among the contestants for USA Network's reality music competition series, 'Real Country'. She was on Five-time Grammy award-winning artiste Shania Twain's team and was one among the finalists for the show as well. She won episode 2 with a total of 4.5 stars from the studio audience which resulted in her getting $10,000 and a performance at Stagecoach, California’s Country Music Festival. Though Frey did not win the finals of the reality music competition series, she sure is already busy creating new music.

Before she could enter into the music scene, Frey was a goat tier, breakaway roper, and a rodeo queen. No one in her family came from a music background and her love for singing emerged ever since she was a little kid.

Playing her songs on the back of a tailgate after a rodeo was her first taste of the stage and that is what got her hooked. Apart from that Frey also used to sing the National Anthem for every rodeo she entered.

Frey is not someone who is new to the music world. She has a nationally recognized single, 'Too Bad', that features Randy Rogers and was produced by the Grammy Award-winning Paul Worley. Apart from that, her debut album also included two Top 10’s and her song 'Rodeo Man', topped the Texas Regional Radio Report Charts. In an exclusive interview with MEAWW, Frey spoke to us regarding her experience on 'Real Country', how excited she is to perform at Stagecoach, California’s Country Music Festival, and what we can expect from her in the near future.

Starting off, she spoke about her win during episode 2, and how it felt to perform in front of Shania Twain, Travis Tritt, and Jake Owen for the first time. "Shania has always been larger than life for me. I grew up on Travis Tritt songs, and Jake Owens, 'Barefoot Blue Jean Night' was my anthem the summer that it came out. Celebrities are always somewhat intimidating but this panel was more than just celebrities for me, they all shaped me in some way that led me on the 'Real Country' stage to sing for them. It was the definition of full circle moment for me. Shania Twain calling me 'kick-ass' was just icing on the cake," she said.

Frey added how incredible it felt to get comments on her songs from the judges, especially Wynnona Judd who was the guest judge during her first performance. "The praise from Shania, Jake, and Travis was absolutely incredible. As much as I love a good confidence boost, I was extremely grateful to have Wynonna as my guest judge. I didn't get where I am today by everyone telling me that I am great. I thrive on constructive criticism by people that I respect. Wynonna gave me the advice on opening my eyes and connecting with the audience more. I have a habit of closing my eyes and getting lost in the story of a song (especially a good ballad!)."

She continued, "It's like a whole new world I get to live in for three minutes when that happens. But after watching back I understand her advice and its now a goal of mine to take the audience to that alternate world that I go to when I'm singing a song," she said.

Following that she spoke about her finale performance, claiming that it was one of her strongest performances ever. " I will tell you that, in my opinion, my finale performance was my strongest of the three songs I got to sing!" Frey said. Talking about interactions with the judges, Frey added that when each contestant enters and performs in front of the judges, that was their first time interacting with them.

Though Frey did not win the finale, she still gets to perform at the Stagecoach. Revealing that she is excited to perform there in April, she said, "I  have heard about this music festival for years and it was on my goal list of shows to play so I am over the moon about getting to play Stagecoach! Also, it'll be my first time going to California so that makes it even more exciting for me!"

Just before Frey could make her way onto 'Real Country', she released her new single 'Ain't Enough Beer'. Talking about the audience response toward it, and what inspired her to write that song, the country singer said, "The response on 'Ain't Enough Beer' has been wonderful! This song was recorded almost two years ago and the timing was just never right to release it until now.

She added, "This song was actually written by the great Dean Dillon, his daughter, Jessie Jo Dillon, and Jon Decious. I am a full-time songwriter but when I heard this song two years ago, it was more 'Kylie' than a lot of songs I was writing at the time. If you can't tell, I don't put up with much bull when it comes to guys and relationships and that was exactly what I was going through at the time."

On her upcoming projects, Frey said that she is currently in the studio working on some new projects and that we can expect something new from her in 2019. She added that currently, she is looking forward to the shows in Vegas she has coming up.

When asked what she thinks about Shania Twain's opinion on the country music scene, and if 'Real Country' will help change that, she revealed, "I would have to say that there are some things that I love about the country music format and there is a lot that I don't love. I think that 'Real Country' can be a big part of the change because they are giving a platform to artistes that haven't gotten their time to shine because they refuse to conform to a specific format," she said.

She added, "I know first hand that this show pushes its artists to be undeniably original and authentic to who they are. With that mentality and a national platform, I feel like 'Real Country' could be a big part of the change in country music and could take us back to lifting up artistes that don't all sound exactly the same."