Life's about to get good for Shania Twain fans 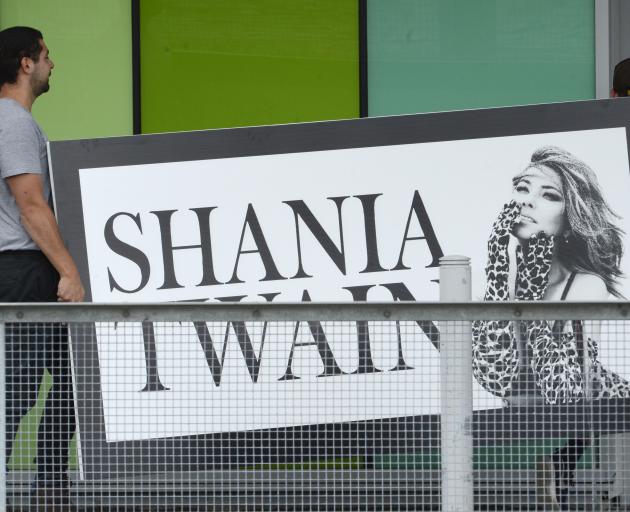 But you can rest assured, the Queen of Country Pop is looking to impress you and she will make you use your moves enough to keep you warm in the middle of the night.

A few tickets are still available and country music fans can expect to see a large-scale production with full band, backup singers and dancers, and Shania Twain performing her multitude of hits alongside some of her new songs.

The 53-year-old Canadian singer/songwriter has sold more than 100 million records, making her the best-selling female artist in country music history and among the best-selling music artists of all time. 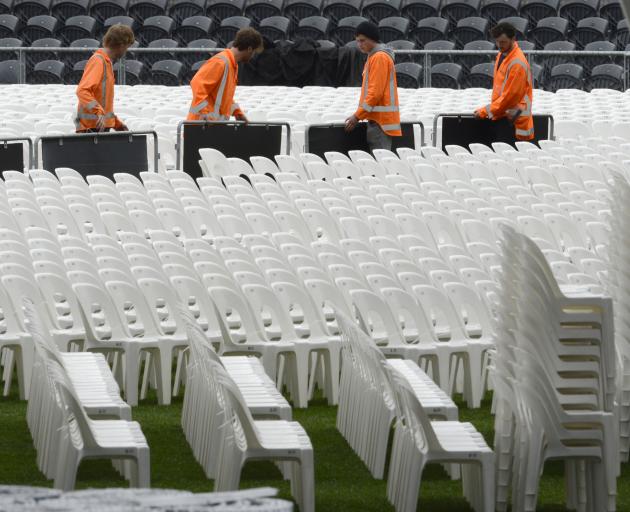 Riggers work on the stage.

Live Nation Australasia president Michael Coppel said it would be ''one of the most visually stunning shows of 2018''.

The show arrived in Dunedin this week, in a mix of 12m-long articulated trucks and sea containers.

''In total, we have around 28 of those vehicles coming into the stadium this week.

''There is a touring entourage of technical crew, band and dancers just shy of 150 people and some of the technical crew have been in Dunedin working at the stadium for a week already, to build the stage and install the flooring and seating on to the field. It's a massive-scale production.'' 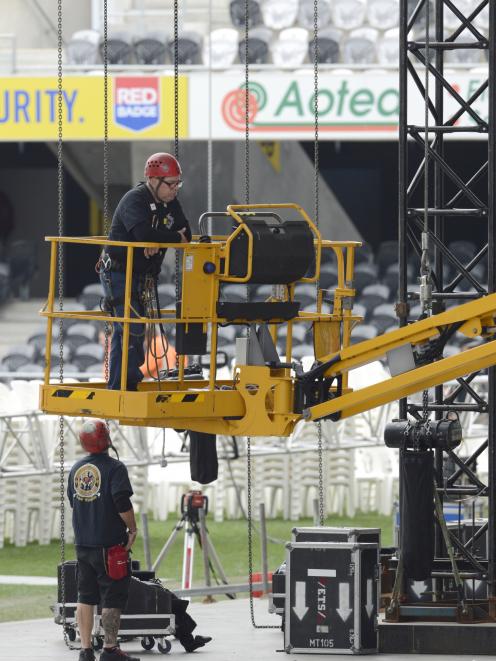 The tour is Twain's fourth, and is in support of her fifth studio album, also called Now.

Twain was not initially scheduled to come down under.

Since the tour began in May this year in Tacoma, she has performed 42 concerts across the United States and Canada.

Her last concert was supposed to be in Las Vegas in August, but she later added a further 24 venues in South America, Europe, Australia and New Zealand.

Her Dunedin concert is a once-in-a-life-time chance to see her live in New Zealand - not because it is her last concert of the tour, but because it is likely to be her last tour.

Twain announced earlier this year the tour would be her final run on the road.

Gates at the stadium will open at 6.30pm.

A DVML spokeswoman recommended taking a jacket or blanket to the concert to keep warm.