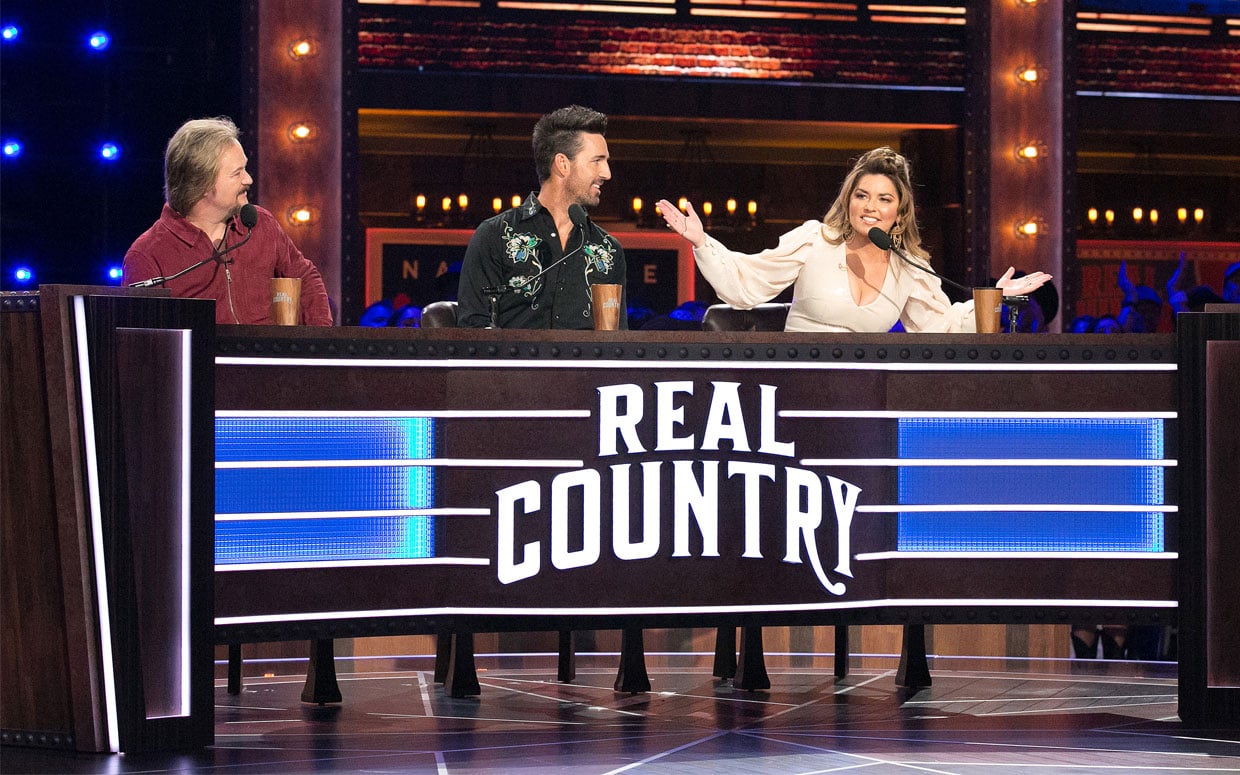 Itís about to get real for country music stars Shania Twain, Travis Tritt and Jake Owenóthe three-person superstar panel at the helm of the new USA Network showcase, Real Countryóas they prepare for the showís debut on November 13 at 10 p.m. ET.

The eight-part series, which is hosted by Graham Bunn, most recently from Southern Californiaís Go Country 105, features solo artists, duos and groups, all previously hand-selected by the panel, performing and interpreting different styles of country music. After the performances, the artist hopefuls get feedback from the panelóand from some big-name surprise celebrity guestsóas they compete for the chance to perform in the showís two-hour grand finale, which could very well change their lives.

ďWhat I really relate to is that big break moment,Ē says Twain. ďThat feeling never gets old. I think our role is to put [the artists] at ease and to remind them weíve all been there and weíre still there. Youíve never fully arrived.Ē

According to Travis Tritt, the show is indeed a path to a possible big, big break.

ďWeíre giving these young artists an opportunity to showcase themselves in front of, not only a live audience in Nashville, but also across a wide television audience,Ē he says. ďI never had that opportunity. This is going to give them a chance to present their music exactly the way they feel it. And the cool thing about this show is, none of us, not a single artist, not a single panelist on this show, is asking any artist to change anything about themselves.Ē

The panelists agree that their role is to encourage the competing artists to be true to themselves and not water down what makes them unique. But as Jake Owen points out, there is still room for honest feedback and to share some of the lessons theyíve learned along the way.

ďAs artists, we have a huge responsibility when we walk onstage,Ē says Owen. ďWhat we say and do matters. So to be on this show, looking at these artists after they perform, what we say to these artists matters to them. It might not always be what they want to hear but Iíll be honest.Ē

Besides turning the spotlight on what might become the next big thing, Real Country, is a place where fans of country music can tune in to hear the music they love being celebrated.