Before She Made It Big: Shania Twain’s First Album Issued Onto Vinyl

Before her first single, ‘Whose Bed Have Your Boots Been Under?’ placed in the Billboard country chart, before her international pop breakthrough with album, ‘Come On Over’, before her Las Vegas residency and before her recent duet with Orville Peck. She was Eilleen Edwards, better known as Shania Twain.

In the late 1980’s to the early 1990’s the then-unknown Twain was working with producer Paul Sabu. Together they recorded a collection of demos that are far from anything she is known for as the singer and songwriter she is today.

The music label, Renaissance Records has announced the arrival of The First Time…For The Last Time on vinyl by Shania Twain. This is the first time this album has been issued in the vinyl format.

“If you’re looking for country music you aren’t going to find it on this album.” Jonie Lyle, inventory assistant at Renaissance Records explains.

“This album is full of energetic and well produced pop/ rock songs.” Lyle says. “Every track gives you a sneak peek at young Shania’s superstar potential.”

This pop rock album spawned catchy songs, ‘Lost My Heart‘, ‘Hate To Love‘ and ‘Don’t Give Me That (Once Over) and ‘Two Hearts One Love‘. This album also contains remix versions of ‘Hate To Love’, ‘It’s Alright’ and ‘For The Love Of Him’.

The First Time…For The Last Time is now available on limited edition 180g 2LP that includes extra incentives in this deluxe vinyl packaging. These extra incentives include restored liner notes, lost and exclusive photos, lyric sheet and a trading card of Shania Twain. 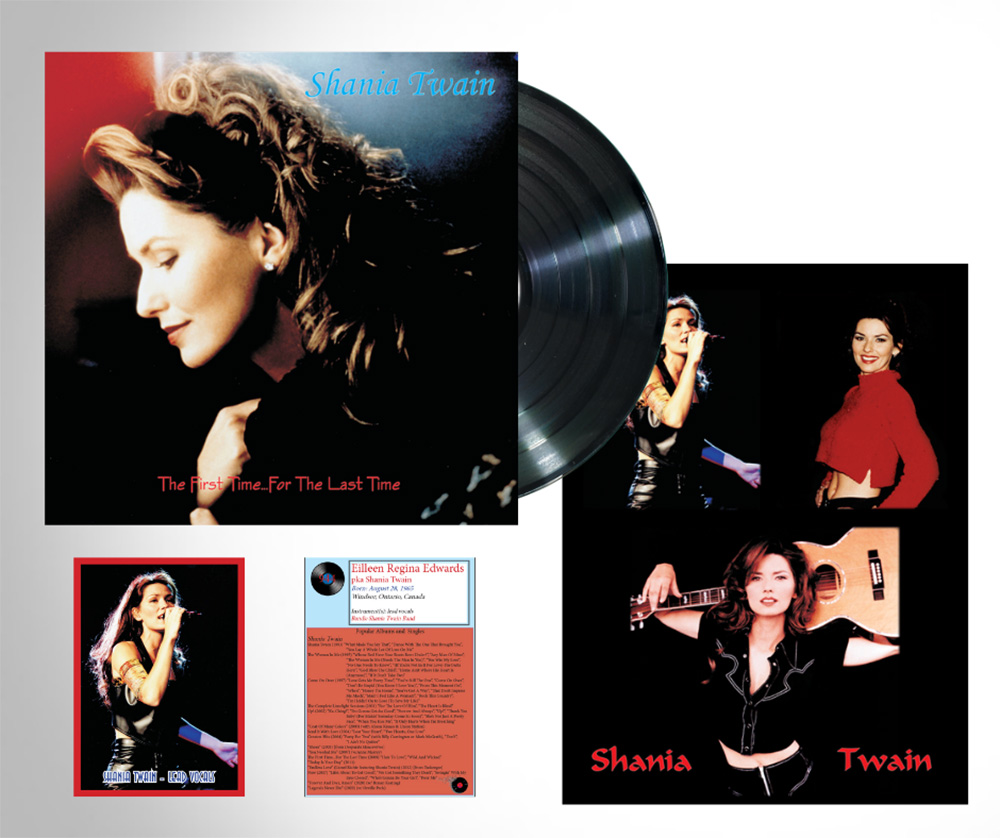 Additional information on this limited edition 500 copy release is available at RenaissanceRecordsUS.com. This release is now available on their online store.