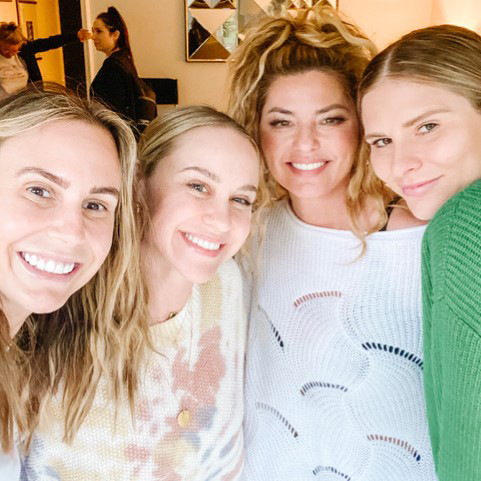 The LadyGang with Shania Twain

Age is just a number! Shania Twain doesn’t waste her time thinking about growing older, instead she lives for today.

“For me personally, I’m sure it’s very different for everybody, but I just started with time,” Twain, 54, said on the “LadyGang” podcast, in an exclusive preview clip obtained by Us Weekly, ahead of the Tuesday, March 10, episode, about when she started to feel confident and acknowledge her own power as an artist. “Stepping out of battles that I couldn’t win. I mean, you know, aging is a battle you can’t win.”

The “Man! I Feel Like a Woman” singer admitted to podcast hosts Keltie Knight, Becca Tobin and Jac Vanek — whose book, Act Like a Lady, comes out in June — that she uses her time to do the things she loves, not think about what she can’t control.

“That battle and the focus and energy it takes, is taking up too much space! In my life, my emotional state, my mental state,” the Canadian singer explained. “I’ve got songs to write. I’m not gonna sit around.”

The musician, who released a new record in 2017, 15 years after her previous album launched, is currently headlining a Las Vegas residency and said she has even bigger dreams to achieve — no matter how old she gets.

“I’d rather dream about songs or dream about other things I want to do in my life, and I want to just daydream. I want to fantasize and enjoy what I do have and just, like, forget about the stuff I can’t change, or that I can’t have,” she said. “So, I think it’s a waste of time and energy to worry about trying to slow my aging process down.”

The I Still Believe actress, who has been married to Frédéric Thiébaud since 2011, added: “I’m just going to be healthy and I’m so much more accepting now of the way I look, you know, with and without clothes.”

The “Light of My Life” singer explained that her “turning point” or rather, “a state of mind” that helps her deal with aging in the music industry and as a woman, is to “identify what it is that I can change and what it’s [that] I cannot change [to] reduce the overload.”

Twain’s full episode of the “LadyGang” podcast, which focuses on the “raw, honest and a little bit messy” lives of its hosts and their guests, airs on Tuesday, March 10 on PodcastOne.